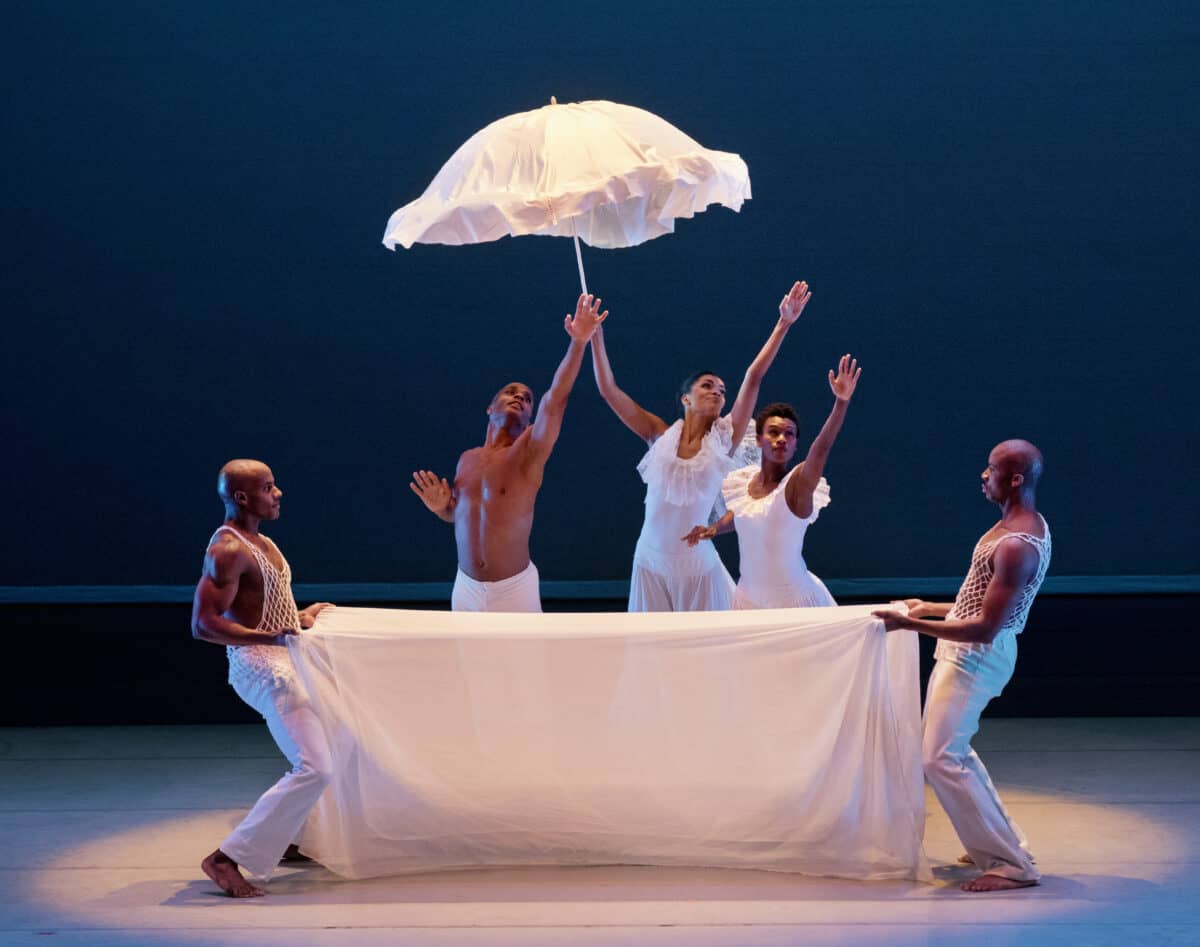 Following critically-acclaimed performances in New York City, Miami native Jamar Roberts, along with 31 of Ailey’s extraordinary dancers, will move audiences with exciting premieres, inspiring new productions, repertory favorites, and the classic American masterpiece Revelations. Members Don’t Get Weary, Roberts’ revered season world premiere he calls “a response to the current social landscape in America,” is among the powerful works taking center stage at the Arsht for the very first time.

“We are ecstatic to celebrate the 10th anniversary of Alvin Ailey American Dance Theater at the Adrienne Arsht Center,” said Robert Battle. “For a decade, Miami and Ailey have cultivated a relationship that has impacted the Miami culture scene bringing different communities together to inspire, educate and empower through the arts. I’m thrilled for Arsht audiences to witness the renowned dancers of Ailey in choreographic treasures and Jamar Roberts’ return to his roots to showcase both his uplifting artistry and vision with the world premiere of Members Don’t Get Weary.”

The Thursday, February 22 opening night program (also performed at the Saturday, 2/24 family matinee) will include longtime Ailey star Jamar Roberts’ South Florida debut of the season world premiere of Members Don’t Get Weary, set to the powerful music of the legendary American jazz saxophonist and composer John Coltrane 50 years after his death. Receiving acclaim from The New York Times for being “…emotional as it was virtuosic…”, the piece aims to inspire audiences, allowing them to momentarily transcend their own personal blues. Another highlight of the program will be Artistic Director Robert Battle’s Ella, a tour-du-force duet celebrating the centennial of legendary Ella Fitzgerald’s birth set to her virtuosic scatting in the song “Airmail Special.”  During Black History Month, Ailey invites all to enjoy this energetic program celebrating jazz legends John Coltrane and Ella Fitzgerald.

The Friday, February 23 evening program will feature Talley Beatty’s dynamic Stack-Up, depicting the emotional “traffic” in a community that is stacked on top of each other, as well as the world premiere of Victoria, renowned Spanish choreographer Gustavo Ramírez Sansano’s first work for the Ailey repertory. The work pairs his audacious athletic movement style with the propulsive drive of “Rewriting Beethoven’s Seventh Symphony” by award-winning composer Michael Gordon.

A Family Matinee on Saturday, February 24 at 2:00 pm, featuring Robert Battle’s Mass, a 2017 company premiere showcasing Mr. Battle’s signature ritualistic choreography and Alvin Ailey’s upliftingRevelations, will be followed by free post-performance Q & A in the theater with Ailey’s esteemed dancers for the enjoyment of the entire family.

The Saturday, February 20 evening program and the Sunday, February 24 matinee will include a new production of Shelter, Urban Bush Women founder Jawole Willa Jo Zollar’s gripping portrait of homelessness – returning 25 years after it was originally staged on Ailey. Set to an inventive score of drumming and poetry, the ending features revised text highlighting recent hurricanes and how our shelter can be threatened by climate change. The program will also feature The Hunt, Robert Battle’s thrilling, percussive work for six men examining the relationship between modern sports and the rituals of gladiators.

In addition to new choreographic treasures, Alvin Ailey’s beloved masterpiece Revelations, an American classic acclaimed as a must-see and recognized by U.S. Senate resolution, will provide the inspiring finale of all programs.

Programs for Students and in Schools:

The Arsht Center and Ailey will provide various arts education offerings and training opportunities for young people in conjunction with the Company’s Miami engagement.

In addition to Revelations: An Interdisciplinary Approach residency taking place at a local middle school, Night Creature: An Imaginative Journey Through Dance residency will be conducted at Frederick Douglass Elementary School from February 12-16. This innovative curriculum-based initiative uses Mr. Ailey’s Night Creature, set to a sparkling score by Duke Ellington, as a framework for young students to explore the power of their imaginations through writing poetry, drawing, and creating their own choreography.

On Sunday, February 18 at 10:00 am (ages 11-15) and 12:30 pm (ages 16-25), The Ailey School will hold auditions at the New World School of Arts as part of their North American audition tour. The mission of The Ailey School is to make dance accessible to outstanding students – such as South Florida area students Emerick Ligonde, Natalie Rey and Gianna Theodore – through a curriculum of rigorous and diversified dance training. Nearly 70% of current Alvin Ailey American Dance Theater members received their pre-professional training from The Ailey School, including Miami’s own Jamar Roberts. Two aspiring dance students in Miami will be awarded the Ailey Awakening Summer Intensive Scholarship supported by The William R. Kenan, Jr. Charitable Trust.  Named after Awakening(2015), Robert Battle’s first world premiere for the Company after becoming Artistic Director, the scholarship continues Mr. Ailey’s legacy of making dance accessible to all people, and pays homage to the powerful role that dance played in Robert Battle’s life – catalyzing his inspiring journey from Liberty City to stages around the world and to the helm of Alvin Ailey American Dance Theater. For more information and to register to audition, visit The Ailey School website.

On Wednesday, February 21 Ailey dancer Jamar Roberts will lead a student dance workshop/master class in the Arsht Center’s Peacock Foundation Studio for students from area schools including his alma mater, New World School of the Arts. This will be a very special opportunity for the dance students to learn portions of choreography from Roberts’ Members Don’t Get Weary in advance of the premiere performance on February 22.

On Friday, February 23 at 11:00 am, a special one-hour performance featuring Stack-Up and Revelations will be offered free of charge to public school students in the Miami-Dade County area, including the Liberty City neighborhood where Robert Battle grew up.

On Saturday, February 24 at 2:00 pm, alumni from AileyCamp Miami have been invited to attend the Family Matinee performance and participate in a reunion pre-performance. AileyCamp Miami is a nationally-acclaimed summer program hosted by the Arsht Center since 2009 that uses dance as a vehicle to help middle school students ages 11-14 to reach their full potential.

(followed by free post-performance Q & A with Ailey dancers)

Longtime Ailey dancer and recent “Bessie” Award winner Jamar Roberts makes his choreographic debut on the Company in this world premiere inspired by the blues.  Roberts says, “As a response to the current social landscape in America, Members Don’t Get Weary takes an abstract look into the notion of one ‘having the blues.’” Set to the powerful music of the legendary American jazz saxophonist and composer John Coltrane, the work aims to inspire the audience, allowing them to momentarily transcend their own personal blues.

Originally performed by the Ailey company in 1992, Zollar’s Shelter is a gripping portrait of homelessness. Set to an inventive score which incorporates drumming by Junior “Gabu” Wedderburn and poetry by Hattie Gossett and Laurie

Carlos, Shelter delivers the compelling message that the poverty of individuals will inevitably lead to the destitution of all humanity.

Set to the background of a throbbing 1970s beat (Earth, Wind and Fire, Grover Washington Jr., Fearless Four, and Alphonze Mouzon) and a graffiti landscape, patrons in a crowded disco dance with attitude, sass, and fierce despair in this classic work by Talley Beatty, which was re-staged in conjunction with the 2018 centennial of his birth. Inspired by Los Angeles’ urban landscape and the lives of its disparate inhabitants, Stack-Up depicts the emotional “traffic” in a community that is stacked on top of each other. Tough, brutal yet poignant, the stage sizzles with street life, break dancing, and physical pyrotechnics as an aloof drug pusher and two displaced lovers are destined for collision.

Originally created as a solo, this high-energy comical dance was reinvented as a duet by the Ailey company for its December 2016 Opening Night Gala benefit, “An Evening of Ailey and Jazz” – in anticipation of the legendary singer Ella Fitzgerald’s centennial in April 2017.  Using a live concert recording of Fitzgerald performing the song “Airmail Special,” Ella matches the iconic singer’s virtuosic scatting with lightning-fast, articulated movement in an irresistible tour-de-force that leaves audiences (and the dancers) breathless.

Mass features a score by John Mackey, who has collaborated on multiple occasions with Robert Battle – including his 2015 world premiere Awakening. Commissioned for The Julliard School in 2004, the movement in this work showcases Mr. Battle’s signature ritualistic choreography.

More than just a popular dance work, Revelations has become a cultural treasure, beloved by generations of fans and acclaimed as a must‐see for all. Alvin Ailey’s signature masterpiece is a tribute to his heritage. Using African-American spirituals, the work fervently explores the places of deepest grief and holiest joy in the soul. Seeing Revelations for the first time or the hundredth can be a transcendent experience. Audiences cheer, sing along, and dance in their seats from the opening notes of the plaintive “I Been ’Buked” to the rousing “Wade in the Water” and the triumphant finale, “Rocka My Soul in the Bosom of Abraham.”

Artistic director Robert Battle’s athletic work for six men reveals the predatory side of human nature and the primitive thrill of the hunt. A thundering percussion score by Les Tambours du Bronx drives the ritualized movement and pushes the dancers to their physical limits.

Founded by Alvin Ailey in 1958, Alvin Ailey American Dance Theater’s inspiring performances honor and enrich the African-American cultural experience and the American modern dance tradition, uniting people of all backgrounds in a celebration of the human spirit through the universal language of dance.  Nearly 60 years after its founding, Ailey continues to move forward under the leadership of Robert Battle, revealing time and again why Alvin Ailey American Dance Theater is one of the world’s most beloved dance companies. 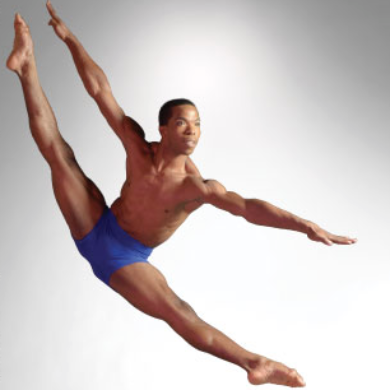 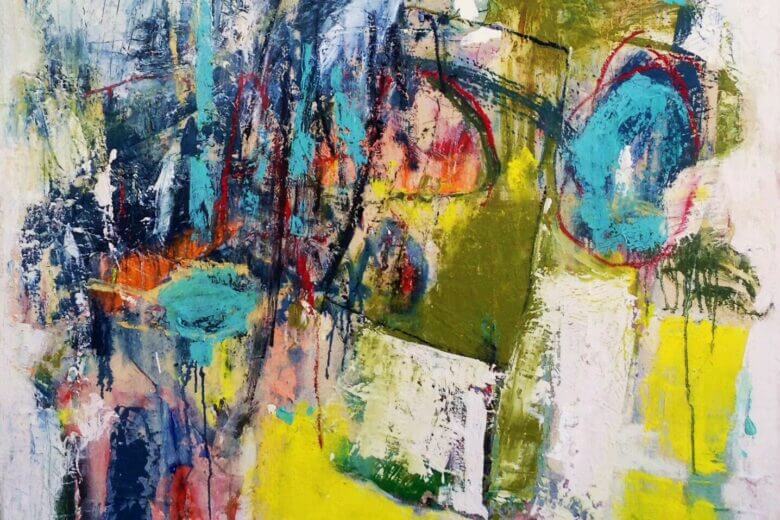 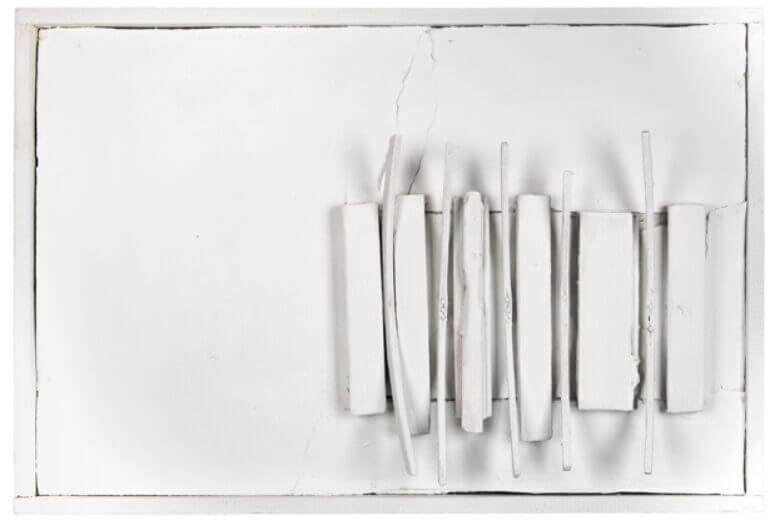