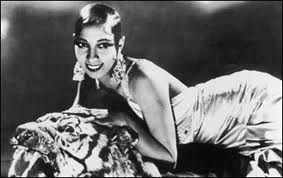 On Thursday, March 1, Swann Galleries will offer an outstanding selection of Printed & Manuscript African Americana. Swann is the only major auction house to devote sales to this important historical material dealing with the African experience in the Americas. This year’s sale contains material related to slavery and abolition, Africa, art, Black Panthers, civil rights, education, Haiti, literature, military, music, religion, sports and more.
The sale opens with a strong selection of items related to slavery and abolition, which includes an elephant ivory tusk recovered from the wreck of a 16th century slave ship discovered on the Great Bahama Bank in 1992. The tusk measures 45 inches long, and is accompanied by a DVD with video of the item’s recovery. Estimate: $8,000 to $10,000. There is also a Slave Bible belonging to B.H. Munday of Essex County, Virginia that contains seven pages inscribed with the names of the Munday family’s slaves and their birth and death dates, as well as some details regarding where and from whom some slaves were obtained ($5,000 to $7,000). The sale will also feature an exceedingly rare 1840 pamphlet containing an account of the Amistad Captives ($5,000 to $7,500).

This sale is Swann’s 17th devoted African Americana, and it offers one of the largest and best selections of Marcus Garvey material to date. This section of the sale features the only known copy of the earliest broadside for a speech delivered by Garvey at a Mass Meeting, Atlanta, 1917 ($5,000 to $7,500); as well as photos, essays and stock certificates for his Black Star Line.

The military section of the sale contains outstanding material related to the heroic Tuskegee Airmen who served in World War II. There is one of only two known copies of a poster of Pearl Harbor hero Dorie Miller titled “Above and Beyond the Call of Duty”, which was designed to inspire the black community to serve in the war, Washington, 1943 ($10,000 to $15,000). There is also an album of 77 photographs of the Tuskegee Airmen based in Italy, most shot at Ramitelli Air Force Base, many showing the men posing with their planes ($2,000 to $3,000).

A remarkable selection of material regarding the Civil Rights Act of 1964, includes a unique copy of the June 20, 1963 preliminary printing of what would become the Civil Rights Act, with Representative Emanuel Celler’s ink corrections and emendations, and a handwritten note to NAACP Washington Bureau Director Clarence Mitchell reading, “To Clarence-An indefatigable worker for Civil Rights, here is my home work sheet, Emanuel Celler” ($10,000 to $15,000). There is also an original tally of the votes, for and against the Act, as taken on the floor of the Senate, with a Typed Note Signed from Senator Claiborne Pell, presenting the document to Clarence Mitchell ($15,000 to $25,000).

Other major highlights from the civil rights movement: two inscribed copies of Martin Luther King, Jr.’s Stride Toward Freedom, one inscribed to Senator Paul H. Douglas, longtime fighter for the Civil Rights Commission Act of 1957 ($5,000 to $7,500); the other to union organizer and civil rights leader A. Philip Randolph, which also contains extensive notes in Randolph’s hand ($8,000 to $12,000).

From Malcolm X comes a pair of important letters written to members of his inner circle while on his pilgrimage to Mecca, concerning the Muslim Mosque and relations with African Muslims. These were meant to be copied, shared and read aloud, and formed a part of the evening political education sessions of the Organization of African-American Unity, April and September 1964 ($15,000 to $25,000 for the pair).

There are more than 85 cartons containing the papers of educator Dorothy Porter Wesley, spanning 1905 to 1995. Within the archive are her writings, research notes, and original manuscript and documentary material for her numerous articles and books, together with her correspondence. Wesley was a scholar, librarian and bibliographer who became the first African-American woman to complete her graduate studies at Columbia University, and spent 43 years creating a modern research library at Howard University.

Celebrating the contributions of African-Americans in the arts are highlights such as a first edition of Phillis Wheatley’s Poems on Various Subjects, the first book of poetry written by an African American, London, 1773 ($25,000 to $35,000); a stunning watercolor portrait of Josephine Baker in her Folies Bergère pearl and feather costume, circa 1927 ($4,000 to $6,000); autograph material from jazz great Duke Ellington and Charles Mingus.

An illustrated catalogue, with information on bidding by mail or fax, is available for $35 from Swann Galleries, 104 East 25 Street, New York, NY 10010, (212) 254-4710, extension 0, and can also be viewed online at www.swanngalleries.com. Bids can also be submitted by e-mail via the website.

For further information, and to make advance arrangements to bid by telephone during the auction, please contact Wyatt H. Day at (212) 254-4710, extension 300, or via email at whday@swanngalleries.com. 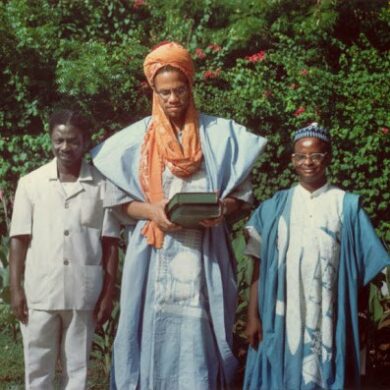 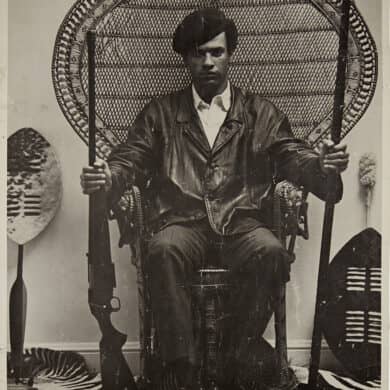