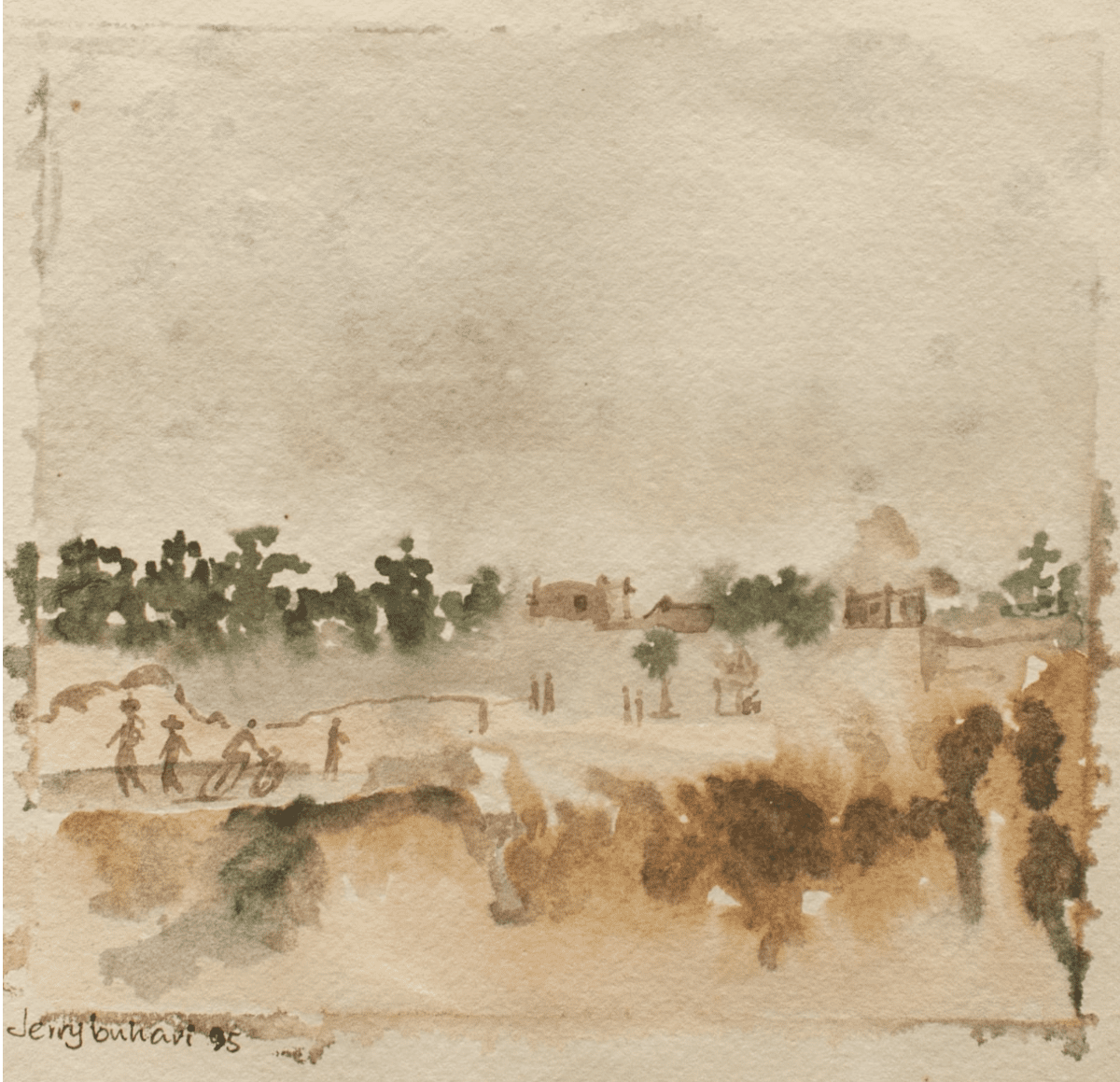 This Week in African Art and Culture highlights remarkable events centered on the visual arts. From award-winning artists ranging from the lesser-known to more the established, we see a growth across multidisciplinary practices from different countries around Africa.

We also spotlight exciting ongoing exhibitions in Egypt and Nigeria. While one exhibition showcases the adventurous and experimental spirit of the artist as he pushes the boundaries and flexibility of form with digital art, the other explores and interrogates socio-cultural thematic issues that still plague contemporary living today. 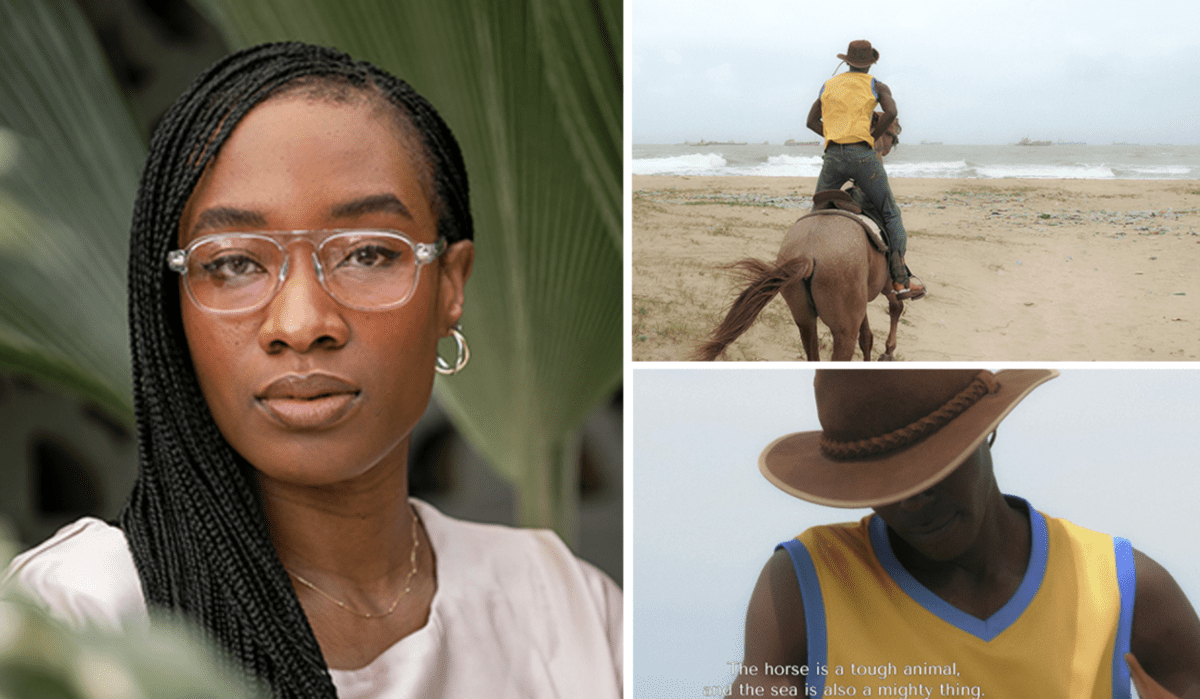 The “Prize of the Böttcherstraße in Bremen” is considered one of the leading and highest awards in contemporary art in Germany, Austria and Switzerland. It came with welcome excitement that we report Hamburg-based Nigerian artist Karimah Ashadu has won the 2022 prize. She receives 30,000 Euros (U.S. $29,070) in prize money, and her film installation Cowboy, among the works by the other nominees, is on view at Kunsthalle Bremen until Oct. 30, 2022.

Karimah Ashadu (born 1985 in London, lives in Hamburg, Lagos, Nigeria and the U.K.), was nominated by Bettina Steinbrügge, Mudam Luxembourg. In the video work Cowboy, Ashadu succeeds in relating the story of the protagonist to colonial structures in a poetic and sensual way, according to the jury’s statement for the award. “The intimacy between horse and rider, the basis of the film, along with the scenery of beach and sea, suggests a sense of freedom while also pointing to aspects of Black history.” 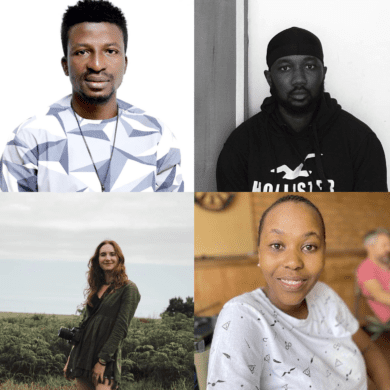 Absa, in partnership with the South African National Association for the Visual Arts (SANAVA), has announced the four category winners of the Pan-African Absa L’Atelier initiative. The Absa L’Atelier, which celebrates its 36th anniversary in 2022, has a rich and proud heritage of enhancing, developing and celebrating the rich and diverse emerging talent of artists across Africa.

Chelsea Selvan (South Africa), Gandor Collins (Ghana), Taofeek Badru (Nigeria) and Malebogo Naticia Molokoane (South Africa) were the top winners of the Pan-African-led art competition in each of their categories. Their achievement was announced at an event held at the Multimedia studios in Midrand, Johannesburg on Tuesday, Sept. 20. The winners’ announcement also was live-streamed on Absa’s unique virtual experience platform, the Absa Art Hotspot.

After receiving a record number of registrations, hundreds of eligible entries were judged by an independent panel of adjudicators. An ambassador was then chosen from each of the three groups that were set up as follows:

Established 18 years ago, the Gerard Sekoto award goes to a South African artist who has continued to demonstrate integrity in the quality of their artwork. The award is made possible by the Embassy of France in South Africa, the French Institute of South Africa (IFAS), the embassy’s cultural arm, and the Alliance Française network in South Africa.

Malebogo Naticia Molokoane’s work draws inspiration from the concept of concealed faces, exploring the personal emotions hidden behind facial expressions. “We often question whether the face we see in the mirror is ours and from where our thoughts come,” Molokoane said about her winning portfolio. “My body of work reveals the traits of emotional gestures and facial expressions. I attribute these traits depicted in my art to creating memories.”

Molokoane receives a three-month residence in the Cité Internationale des Arts, from April to June 2023, and a traveling exhibition throughout South Africa that will first open in the Absa Gallery in 2024.

Chelsea Selvan, Gandor Collins and Taofeek Badru will enjoy 10 intensive masterclasses with leading experts from around the world to learn relevant skills that guide them in building their careers and networks while collaborating in their art practice. To do this, they will be equipped with resources such as a laptop, software and data. They also are paired with a leading local authority in visual arts in their respective countries to be mentored for three months. 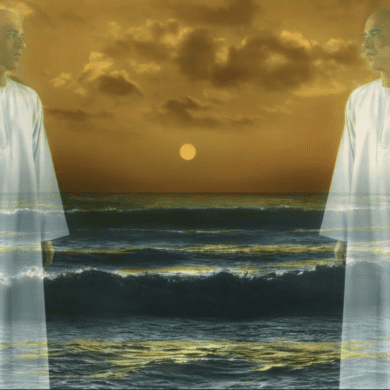 Above: Youssef Nabil | self-portrait | Connected to you by every Sea | hand-colored gelatin silver print, 26 x 39 centimeters, edition of 10 | 2021 | courtesy of the artist and The Third Line

Youssef Nabil (born 1972 in Egypt) is showing a selection of his works in a solo exhibition titled The Beautiful Voyage at The Third Line Gallery in Dubai. He draws inspiration from the concept of memory and the cinematic universe he grew up admiring in his native country, Egypt. His works’ ethereal aesthetics draw from the hand coloring photography technique of the technicolor films. The artist hand-paints each of his black-and-white photographs, and as editions become variations, each is a unique version of the artist’s labor.

Nabil’s work is part of various international collections, including: in the USA, the Los Angeles County Museum of Art (LACMA), the Pérez Art Museum in Miami (PAMM), the Studio Museum in Harlem, New York, and the Savannah College of Art and Design Museum of Art (SCAD) in Savannah, Georgie; in France, the Fondation Louis Vuitton, the Collection François Pinault, and the Maison Européenne de la Photographie in Paris; in Switzerland, the Collection UBS Art in Zürich; in the U.K., the British Museum and the Victoria & Albert Museum in London; in Angola, the Sindika Dokolo Foundation in Luanda; in Greece, the Photography Museum in Thessaloniki; in Qatar, the Mathaf Arab Museum of Modern Art in Doha; in the United Arab Emirates, the Guggenheim Museum in Abu Dhabi; in Mexico, the Centro de la Imagen in Mexico City.

The works on view at the gallery include cinematic landscapes, imaginary self-portraits and Nabil’s fourth video, also called The Beautiful Voyage. It sees the actress Charlotte Rampling affirm and heighten his stature as an artist who both represents and transcends his times.

Nabil had his first solo in 1999 at age 27, in Cairo. In 2001, on a trip to Egypt, the British superstar artist Tracey Emin discovered his work and, in a Harper’s magazine article, predicted he would become one of the top artists of his generation. Over the past two decades, he has done portraits of many of the most formidable figures in art, film and music—from Louise Bourgeois to Marina Abramović, DeNiro to Deneuve, Alicia Keys to Sting. This is all to say he is in the middle of everything au courant and cutting edge. 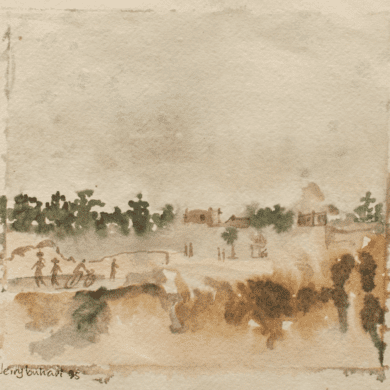 Above: Jerry Buhari | Erosion in the City – This is Zaria | watercolor on paper | 1995 courtesy of ko Gallery

Landscapes of the Soul: A Retrospective Exhibition by Jerry Buhari at kó Gallery Lagos

Spanning over two decades and following a loose chronological order from 1993 to the present, the exhibition presents over 70 works characterizing the artist’s engagement with abstract, symbolic and thematic themes and, more importantly, his heartbeat for Nigeria. The artworks were carefully selected to represent key periods and concerns in the artist’s oeuvre, thereby creating an opportunity to highlight not only his publicly known works but also exhibit his newly created artworks that have never been shown.

In this exhibition, Buhari draws from his experiences as well as the social and political issues in society to examine how man relates to the earth and the consequences of this relationship on the environment. According to Buhari, this exhibition addresses matters of the heart and, by extension, the soul. He reflected that over the years, we have been through a series of events and experiences that calls for self-reflection and a re-evaluation of our political structures and societal norms as a nation.

Encompassing four categories with different thematic focuses, this body of work was developed under the exhibition title and has expanded into series, including the Landscapes of the Soul, Earth Works, Mixed Media series, and the Black & White series. Through this body of work, Buhari recreates a world of his own—of peace and void of chaos. Ultimately, the works aim to generate a reaction and convey an explicit message to viewers: a message of hope and consolation. It exemplifies ways of recollecting and understanding the past, present-day realities and future potentialities.

This exhibition also presents a sound work that highlights the diversity of approaches to addressing the environmental issues and concerns in his society. The audio captures sounds from his environment and places the artist visits from time to time while creating his works and, sometimes, in his free time. 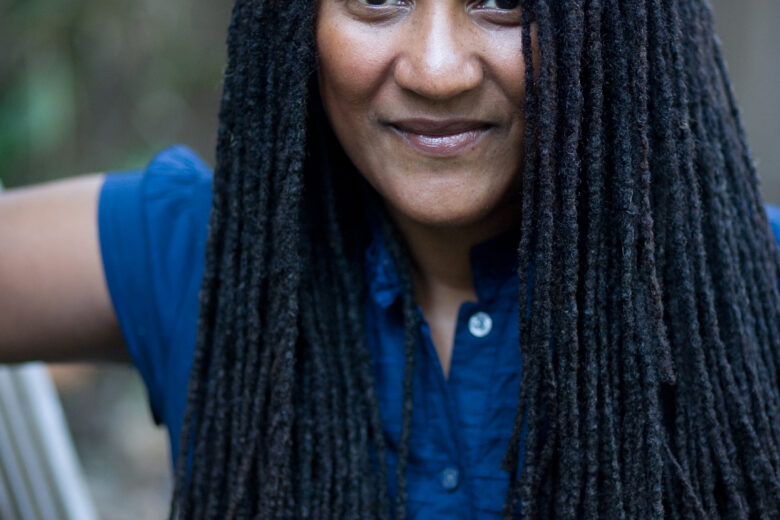 This Week in Black Art and Culture: Lynn Nottage is America's Most Produced Playwright, JDilla and more 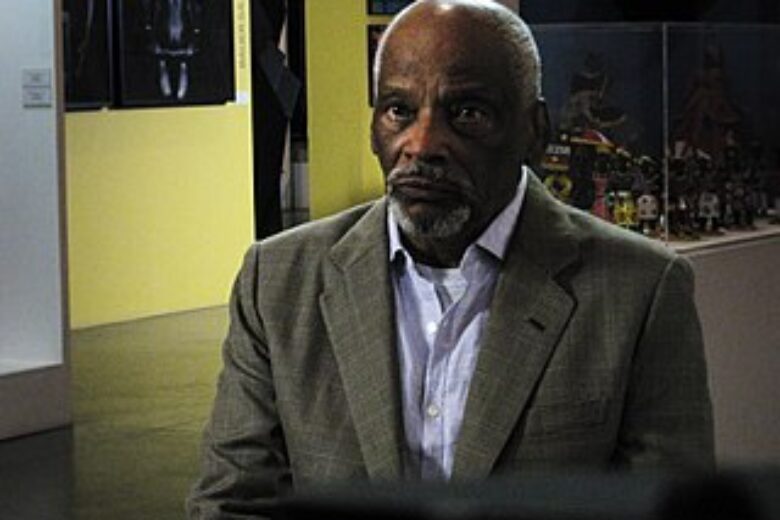