Above: George Floyd Mural in Lansing, Michigan by Isiah Lattimore

This week in Black art and culture, Basquiat’s family will exhibit work directly from his estate with over 200 of his never-before-seen works. The documentary, A Choice of Weapons: Inspired by Gordon Parks is to premiere June 18 at the Tribeca Film Festival. The Crystal Bridges Museum of American Art has announced the museum’s first fashion exhibition among other exhibits for 2022. Darnella Frazier, the Minnesota teenager who filmed the death of George Floyd is awarded a PulitzerPrize. And Lin-Manuel Miranda apologizes for the lack of Afro-Latino actors in his film, In The Heights.

For the first time, Jean-Michel Basquiat’s family is arranging a display of its own, based exclusively on their extended collection of his work, the majority of which never has been shown publicly. His sisters, Lisane Basquiat and Jeanine Heriveaux, who oversee Basquiat’s estate with their stepmother, Nora Fitzpatrick, conceived the show.

The title of a picture made by Jean-Michel in 1987, King Pleasure, is also the name of a bartender–turned–jazz–vocalist whose first song, Moody’s Mood For Love, propelled him to stardom in 1952. The song was a favorite of WBLS DJ FrankieCrocker, who played it every night at the end of his program in the 1970s. Jean-Michel Basquiat’s father, Gerard Basquiat, liked the song as well. This exhibition of over 200 never-before-seen and seldom-seen paintings, sketches, multimedia presentations, ephemera, and artifacts, organized and curated by Jean-Michel Basquiat’s family, tells the narrative of Jean-Michel from an intimate viewpoint.

Touted as an immersive experience, the exhibition is scheduled to open in early spring 2022 at on the ground floor of New York’s historic Starrett-Lehigh Building. Jean-Michel Basquiat: King Pleasure will debut in early spring 2022, with the initialparticipating sponsors of King Pleasure having been revealed as Spotify and Phillips. The exhibition is produced by the Basquiat family, The Estate of Jean-Michel Basquiat, and ISG Productions Ltd., in collaboration with Superblue on operations, ticketing, digital platforms and marketing; Girlie Action Media on global media relations; and RXR Realty. Above: Gordon Parks The Learning Tree

A Choice of Weapons: Inspired by Gordon Parks will make its global debut on Friday, June 18, 2021 at the Tribeca Film Festival in New York City.

The Gordon Parks Foundation has spent the last year-and-a-half collaborating with Kunhardt Films to create a full documentary film about the life, career, and legacy of trailblazer Gordon Parks, the first African American photographer to shoot for Lifeand Vogue. Parks’ pictures of ordinary Black Americans became a strong instrument for attaining social justice, as well as an essential record of their lived experience in the 20th century.

A Choice of Weapons: Inspired by Gordon Parks, executive produced by Alicia Keys and Kasseem “Swizz Beatz,” explores the importance of photography in achieving equality as seen through the lens of Gordon Parks and the generation of artists and activists he inspired. John Maggio, renowned for The Perfect Weapon, Panic, and The Newspaperman, directed the film.

Maggio’s work has earned him an Emmy Award and several nominations, as well as a Writers Guild Award, a Producers Guild Award nomination, and an NAACP Image Award nomination. Many of the voices featured in the film are former Gordon Parks Foundation fellows, prize recipients, and collaborators, including LaToya Ruby Frazier, Spike Lee, AvaDuVernay, Jamel Shabazz, Devin Allen, Bryan Stevenson, Darren Walker, and many more. The Crystal Bridges Museum of American Art, Bentonville, Arkansas has announced the schedule for its 2022 temporary exhibitions, which include the museum’s first fashion exhibition,Fashioning America: Grit to Glamour, its first architecture exhibition, Architecture at Home, and The Dirty South: Contemporary Art, Material Culture, and the Sonic Impulse,organized by the Virginia Museum of Fine Arts.

The Virginia Museum of Fine Arts’ exhibition, The Dirty South: Contemporary Art, Material Culture, and the Sonic Impulselooks at the aesthetic and musical traditions of early 20th-century Black culture, influences that are now common throughout the American South and contemporary American art and culture.

The Dirty South is on display at the Virginia Museum of Fine Arts until Sept. 6, 2021. It will then visit another location before landing at Crystal Bridges.

Fashioning America: Grit to Glamour is Crystal Bridges’ first fashion exhibition and the first to portray American fashion as a strong symbol of worldwide visual culture, enhanced by movies, television, red carpets and social media. The exhibition focuses on the work of immigrant designers, Native American and Blackdesigners, as well as renowned fashion businesses and their effect on visual culture over the decades. Fashioning Americawill be guest curated by Michelle Tolini Finamore, Ph.D., a prominent fashion curator and historian. Following its stay at Crystal Bridges, the show will travel to two more locations.

Darnella Frazier, the Minnesota teenager who filmed the murder of George Floyd last year, has been given an honorary Pulitzer Prize.

On June 11, Frazier was given a special citation by the Pulitzer Prize Board for catching Minneapolis police officer Derek Chauvin placing his knee on Floyd’s neck for nine minutes and 29 seconds outside a convenience store on her phone. Medical examiners deemed Floyd’s death a murder. Frazier was 17 years old at the time.

Frazier was cited “for courageously recording the murder of George Floyd, a video that spurred protests against police brutality, around the world, highlighting the crucial role of citizens in journalists’ quest for truth and justice,” According to her spokesperson, Frazier was not granting media interviews onFriday. On May 25, 2020, Frazier documented the arrest and killing of Floyd, a 46-year-old Black man. She testified at the trial of former Minneapolis police officer Derek Chauvin that she was heading to a corner grocery shop with her then nine-year-old cousin when she noticed a man being pushed to the ground.

The Pulitzer Board also announced on Friday that the Minneapolis Star Tribune received the prize for breaking news reporting for its coverage of Floyd’s murder and its aftermath. Last year, PEN America, a literary and human rights organization, also honored Frazier with the PEN/Benenson Courage Award. The three other policemen involved in Floyd’s arrest are set to stand trial next year on charges of aiding and abetting; Floyd’s civil rights had been violated by all four policemen.

On the Monday after the release of In the Heights last Friday, its creator, Lin-Manuel Miranda, instead of basking in the praise of the weekend box office numbers, issued an apology. The discussion over colorism and In the Heights reached a fever pitch over the weekend, as more viewers began to ask why thereweren’t any dark-skinned Afro-Latinos in any of the main parts to reflect a community as varied as Washington Heights.

When the musical In the Heights first premiered in 2008, it was hailed as a triumph of Latin American storytelling. Lin-Manuel Miranda, who is of Puerto Rican and Mexican ancestry, wrote the show, which took the barrio to Broadway and focused on Latino immigrants in Washington Heights. On the north side of New York City, Washington Heights is a predominantly Dominican neighborhood with a high concentration of Afro-Latinos. When it was announced the stage musical was coming to screen, it was assumed that the people of the Heights would be reflected on screen, but nay.

Leslie Grace (Nina Rosario in the film) and Corey Hawkins (Benny) are the only Black performers in the clearly white-passing ensemble cast, a casting choice that is extremely disturbing, considering the real demographics of the Heights. Felice León, a writer for The Root, who is both Afro-Cuban and a New York City native, brought up the explicit lack in representation while speaking with the actors and their director, Jon M. Chu (Crazy Rich Asians), and received lackluster and frankly disappointing responses.

When questioned how In the Heights could be deemed a film for the whole Latinx community while omitting Afro-Latinx individuals, Chu said that he understood the issue but that the crew had finally picked the performers who were “best for the role.” Melissa Barrera (Vanessa), who plays Vanessa in the film, had similar thoughts.

EGOT (Emmy, Grammy, Oscar and Tony)-winner Rita Moreno on Wednesday night issued a statement on social media, saying that she’s “incredibly disappointed” in herself after commentsshe made on The Late Show with Stephen Colbert Tuesday night regarding the controversy. During the interview, Moreno abruptly brought up the criticism against her friend and collaborator Lin-Manuel Miranda (who also directed her recent documentary, Rita Moreno: Just a Girl Who Decided to Go for It.) In her continued praise of Miranda for bringing “Latinoness and Puerto Rican-ness to America” singlehandly in her opinion, Moreno stated that, “You can never do right, it seems…I’m simply saying, can’t you just wait a while and leave it alone?

“There’s a lot of people who are Puertorriqueños, who are also from Guatemala, who are dark and who are also fair. We are all colors in Puerto Rico. And this is how it is, and it would be so nice if they hadn’t come up with that and just left it alone, justfor now.”

But the damage had already been done, in the dismissive tone that white–passing and non-indigenous looking Latinos took precedence over the issue of colorism within the Hispanic/Latino community. This situation, exacerbated by the arrival of In the Heights, has shown very clearly that this conversation needed to be had. Since 2020. social activism has been on the uprise, and Afro Latinos deserve the same attention. 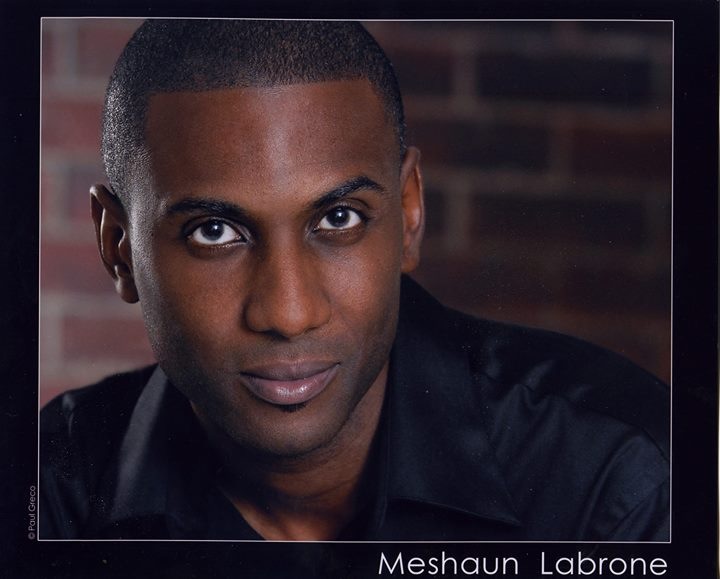 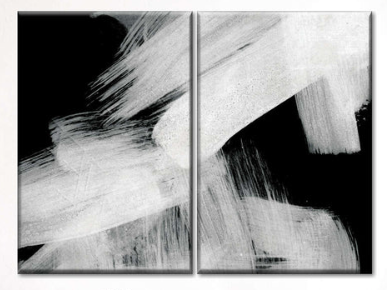 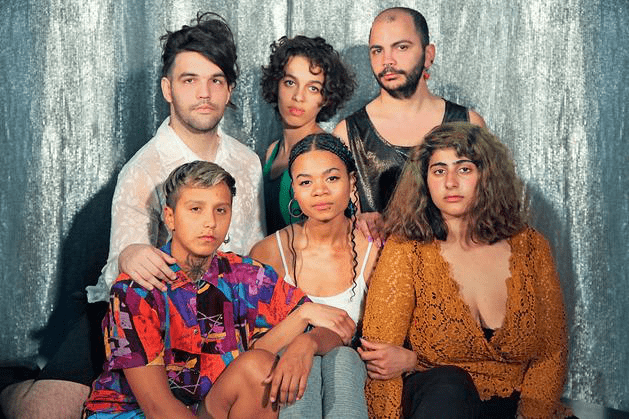