This Week in African Art and Culture (May 30 – June 5, 2021) David Diop Wins the Caine Prize, Photography Exhibit in Marrakech

This week in African art and culture, the literary scene is abuzz with exciting news and events, but first, we bring news from the contemporary art scene about a striking group photography exhibition exploring the evolution of the practice, which is on view in Marrakech, Morocco.
A young South African photographer wins a prize based on an ongoing project rooted in postapartheid realities.
Among the reeling news from the literary scene are the winner of an international literary prize, nominees announced for a continental prize and a feature highlighting one of Africa’s young but resounding voices in TIME magazine.

I Rub My Language Against the Other: A Photography Exhibition by Le 18, Marrakech
At Le 18, Derb el Ferrane in Marrakech, Morocco, a group photography exhibition titled, I Rub My Language Against the Other is on view. Curated by Laila Hida and Jeanne Mercier, the exhibition features work by Ebrahim Bahaa-Eldin, Salah Bouade, Hiba Dahibi, Kais Aiouch and Chahine Fellahi, Guilain Delanoue, Anass Ouaziz, Fatine-Violette Sabiri, Yassine Rachidi, Yassine Sellame, Kamil Tahiri, Mounir Rahmouni and Adnane Zemmama.
With the photographic works by these artists, the exhibition attempts to explore the history and evolution of photography and film practices through technological progressions. In an attempt to convey the concept further, the curatorial statement for the exhibition creates an image in these words: “If paint tubes allowed the impressionists to leave the studio, the portable camera led photographers out of the black room and into the streets. Indeed, the use and function of the practice has been transformed by these important technological developments.”
Since digital photography came to the fore, a myth has been constructed. One which opposes it to film photography, as its negative image. This juxtaposition has made film photography invisible and has led to the overshadowing of previous techniques.
However, many photographers around the world today are attached to and still practice film photography. They return to older techniques as evidenced by the current infatuation with cyanotype or antotype. Nevertheless, these same photographers are not reactionaries who refuse to evolve with the times. Like digital photographers, they use the retouching and editing tools offered by various software. They also disseminate and share their images on social networks.
These practitioners, for different reasons, look for something else in film: a ritual, a materiality amidst a growing dematerialization or still yet, a certain effect—grainy or imperfect, less clinical. Essentially, analog photography, beyond being an aesthetic and political choice, seems also to be the expression of a need to balance the unceasing and accelerating flow of images with the limitations imposed by film in the number of poses, causing discontinuity and latency. The artist thus engages in an act of revelation of what is already there.
The exhibition is on view until June 30, 2021. Above: Lebohang Kganye, the stranger stood before a monstrosity in search for memory, 2020

Lebohang Kganye Wins 2021 Images Vevey Grand Prize for Staging Memories
In recognition for her visual inventiveness, historical rigor and daring conceptualization, South African artist Lebohang Kganye has been awarded the 2021 Images Vevey grand prize for her project, Staging Memories.
Staging Memories is a particular development in Lebohang Kganye’s new series titled, In Search for Memory, which she commenced in 2020. In this series, the artist proposes to offer a response to the fictional novella by Malawian writer Muhti Nhlema titled, Ta O’Reva, seeking to interrogate the human need to retain and recall shared narratives and exploring the contradictions and fictions therein.
Staging Memories is rooted in specific postapartheid realities, but it calls out with a clear voice across the world, confirming once again that history is always local as well as global. In Lebohang Kganye’s capable and fearless hands, we are given an opportunity to encounter the world in new frames: playful and dark, accessible and challenging, steadily mournful and indomitably hopeful.
The jury of the Grand Prix Images Vevey is chaired by the photographer, curator and writer Teju Cole, and jurors Frederica Angelucci (director, Stevenson Gallery), Milena Carstens (director of photography, ZEITmagazin) Julien Guerrier (director of publication, Louis Vuitton) and Shoair Mavlian (director, Photoworks).
Born in South Africa in 1990, and based in Johannesburg, where she lives and works, Kganye has a practice deeply informed by the concerns and techniques of master artists from South Africa like William Kentridge, David Goldblatt, Sam Nhlengethwa and Zanele Muholi. Nonetheless, she works in her own unique voice, which melds the fantastical, the political, and the intimate in strong and exciting ways.
Kganye obtained a Diploma in Fine Arts from the University of Johannesburg in 2014 and is currently reading for a Masters in Fine Art at the Witwatersrand University. She employs archival photographic imagery, much of it derived from family albums, and moves that material across a seamless series of genres: photography, collage, installation and set design.
For the first public iteration of Staging Memories in September 2022, Lebohang will conceive for Images Vevey a large-scale, three-dimensional installation exploring the materiality of photography in dialogue with the disciplines of theater and literature. Above: David Diop and Anna Moschovakis

David Diop Wins the 2021 International Booker Prize
A few weeks ago, we shared news of French-Senegalese writer David Diop’s nomination for the 2021 International Booker Prize. It is, therefore, exciting news to report that he is the recipient of the award, which was announced on June 2, 2021. He won the award for his debut novel titled, At Night All Blood Is Black.
Diop is the first French writer to be awarded this literary prize. Diop initially had been longlisted for the prize alongside renowned Kenyan author, Ngũgĩ wa Thiong’o, for his novel, The Perfect Nine—the first ever entry to have been written in the indigenous African language of Gikuyu.
At Night All Blood Is Black is said to be inspired by Diop’s grandfather and the personal experiences he had during World War I.
The BBC reports that the chair of the judges, Lucy Hughes-Hallett described Diop’s offering saying, “We judges agreed that its incantatory prose and dark, brilliant vision had jangled our emotions and blown our minds,” and went on to add “that it had cast a spell on us.”
According to The Guardian, Diop was born in Paris to a French mother and Senegalese father and spent his childhood in Senegal. Thereafter, he returned to France and eventually became a professor of 18th-century literature at the University of Pau.
The prize money of £50,000 (U.S. $70,871) will be split between Diop and Anna Moschovakis, who translated his novel into English.
The International Booker Prize is awarded annually to a single book that is translated to English and published in either the U.K. or Ireland. Previous winners include British-Nigerian writer Bernadine Evaristo, who became the first-ever Black woman to be awarded the prize in 2019.

The AKO Caine Prize for African Writing is awarded annually to an African writer published in English for a short story. The prize has recognized some of the most famous writers working today, including Leila Aboulela, Helon Habila, Yvonne Adhiambo Owour, Chimamanda Ngozi Adichie and many more. In recent times, winners of the prize have been Irenosen Okojie(2020), Lesley Nneka Arimah (2019), Makena Onjerika (2018), Bushra al-Fadil (2017), Lidudumalingani Mqombothi (2016), Namwali Serpell (2015), Okwiri Oduor (2014) and Tope Folarin (2013).

This prize is judged by the founding director of the African Writers Trust, Goretti Kyomuhendo, who is the chair of the panel working alongside judges Victor Ehikhamenor, Razia Iqbal, Georgina Godwin and Nicholas Makoha.
Kyomuhendo said, “We were looking for literary excellence and great stories. It is clear that the wealth of stories presented to the Prize speak about the African experience from a multitude of perspectives and forms, while often centering the themes of love, loss, identity, hope and afterlife.
“It has been hugely encouraging to see consistently excellent editing throughout the stories put to our judgment, and we have enthusiastically noticed a large number of submissions from homegrown literary journals from the continent this year,” she said.
The shortlisted stories for the 2021 AKO Caine Prize are:
Lucky by Doreen Baingana (Uganda) published in Ibua Journal, online in Kampala, Uganda, 2021.
The Street Sweep by Meron Hadero (Ethiopia) published in ZYZZYVA, Ethiopia, 2018.
The Giver of Nicknames by Rémy Ngamije (Namibia) published in Lolwe, Kenya, 2020.
This Little Light of Mine by Troy Onyango (Kenya) published in Doek! Literary Magazine, Namibia, 2020.
A Separation by Iryn Tushabe (Ugandan) published in EXILE Quarterly, Canada, 2018.

Gracing the recent cover of TIME magazine’s Next Generation Leaders, Akwaeke Emezi is one of the voices recognized in the work and advocacy of rising stars “building a better future.”
Every year since 2014, TIME magazine, in partnership with luxury watch brand Rolex spotlights a group of young artists and rising stars across various categories such as politics, business, culture, science and sports. Previous stars have included American gymnast Simone Biles, Nigerian singer Burna Boy, and climate change activist Greta Thunberg. Emezi is joined in the class of 2021 by the likes of actor Anthony Ramos, rock climber Kyra Condie, and South African photographer Trevor Stuurman.
Each honoree is profiled by another artist, highlighting the work they do and their achievements. The magazine feature captures Emezi’s experience growing up in Aba, Nigeria and coming into their love of books and the wonder of storytelling. Emezi talks about the pricelessness of authenticity and their resolve later in life to carve out spaces for themselves within the mainstream. They also share insights from their forthcoming memoir,  Dear Senthuran: A Black Spirit Memoir, which is described as a “viscerally intimate chronicling of Emezi’s lived experience,” and “a manifesto marking a shift in their career away from the all-consuming white gaze toward a perspective that is Blacker and more beautiful.”

Call to Artists for the 3rd Ghetto Biennale 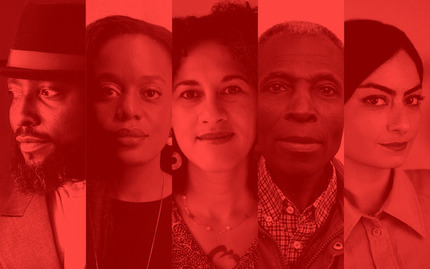 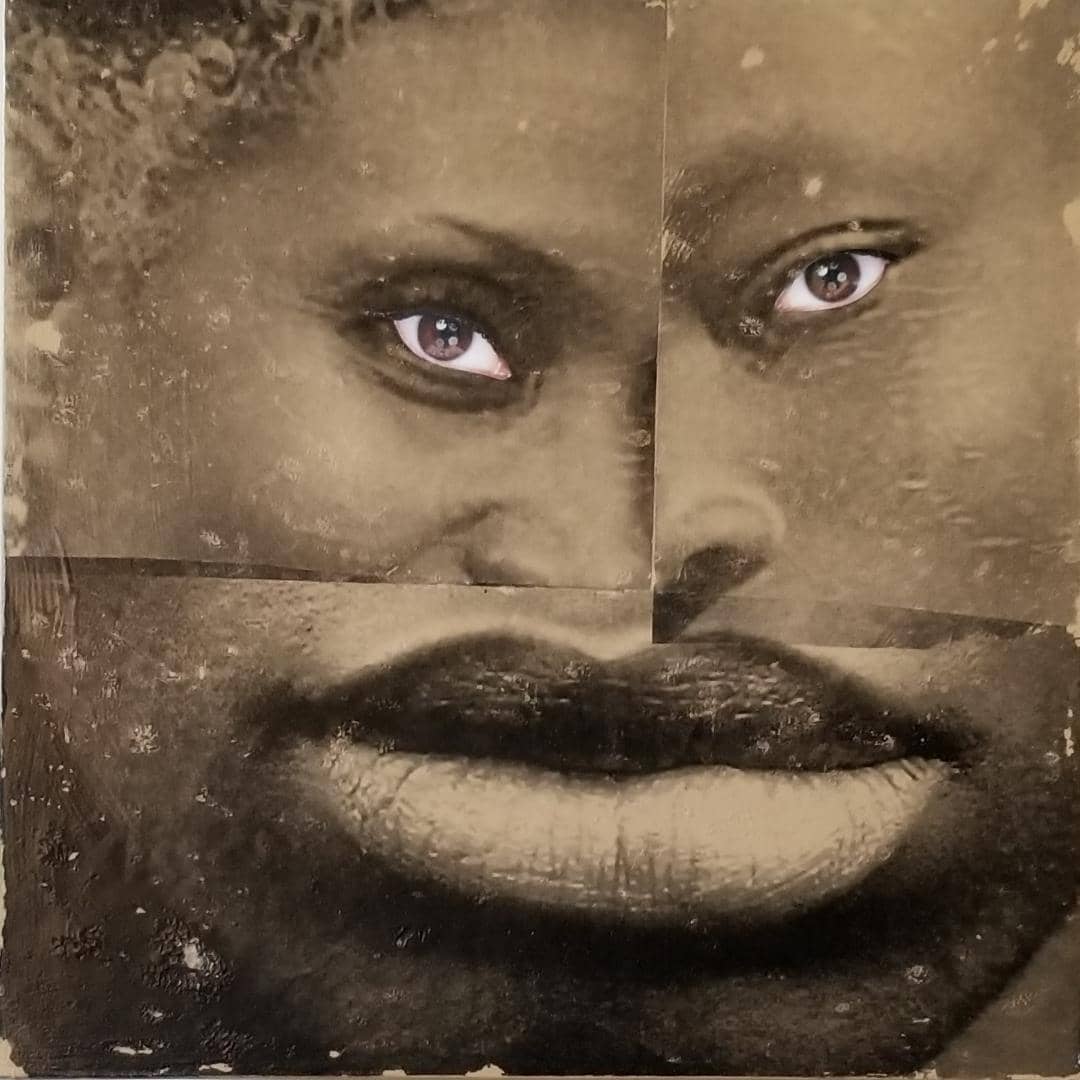