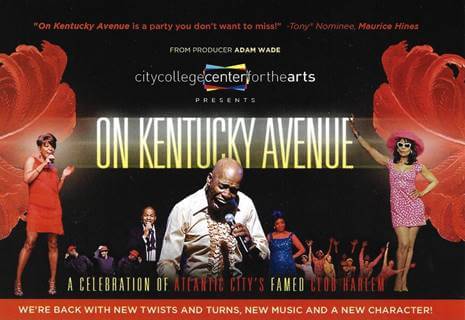 Hailed as “a party you don’t want to miss” by Broadway star Maurice Hines, On Kentucky Avenue transports audiences through time to the heyday of Club Harlem and offers them a fictional musical inspired by a real place: Kentucky Avenue, the center of African-American life in Atlantic City. Opened in 1935, Club Harlem quickly became the number-one destination for black performers in Atlantic City, presenting shows featuring jazz musicians, singers, dancers, comedians, and more. At its zenith—in the’40s, ’50s, and ’60s— the club played host to such legends as Ella Fitzgerald, Duke Ellington, Sarah Vaughan, Sammy Davis Jr., Richard Pryor, Moms Mabley, Nancy Wilson, Dinah Washington, and the Temptations.  Catering to integrated audiences when segregation was still the law of the land in the U.S., Club Harlem enjoyed popularity with white casino patrons as well as local blacks and whites and those sojourning from different parts of the East Coast to see the acclaimed acts. Club Harlem’s 5 a.m. shows featured world-renowned white entertainers like Frank Sinatra, Dean Martin, and Jerry Lewis, who came to perform after their sets at nearby establishments.

“We are very excited to bring On Kentucky Avenue back for New York audiences,” said City College Center for the Arts Managing Director Gregory Shanck. “It’s a work our patrons really connected with when it premiered here. There is also a true synergy of purpose between what Club Harlem was all about and what we aim to do here at Aaron Davis Hall—provide audiences with the opportunity to experience the work of great artists.”

In this reimagined view of life On Kentucky Avenue, the setting is 1969, during dress rehearsal. A love triangle emerges between impresario Ivan King (Ty Stephens), his lead showgirl Betty Jo Stanton (N’Kenge) and her best friend the featured female vocalist, Pauline Pierce (Andricka Hall). (Ramona Dunlap performs the role of Pauline Pierce on Friday, July 27.) The revival introduces a new character to audiences, Homer Paisley (Count Stovall), sure to entertain viewers even as he antagonizes Ivan and the

Club Harlem performers. With this new arrival, they are forced to face a reality they hoped to avoid: In life everything must change and the last good times at Club Harlem are upon them. Creator Jeree Wade makes a special appearance as the only nonfictional character in the show, Damita Jo, a popular singer who often opened the summer entertainment season there.

“We are thrilled to bring this new incarnation of On Kentucky Avenue to CCCA,” said creator-performer Wade. “I’ve been happy to see that the show resonates across different generations and we hope that theatergoers will attend with their family and friends. The music and story were inspired by a particular era that our elders will remember, but there is truly something for everyone.”

Performances run July 12 through July 28, Thursday and Fridays at 7 p.m. with 2 p.m. matinees on Saturdays. Tickets are $25 and can be purchased online at www.citycollegecenterforthearts.org or in person at the Aaron Davis Hall box office Tuesday through Friday from noon to 6 p.m. Aaron Davis Hall is located on the campus of the City College of New York, at West 135th Street and Convent Avenue (129 Convent Avenue). For more details, visit the CCCA site or call the Aaron Davis Hall box office at (212) 650-6900. City College Center for the Arts can be followed on Twitter at @ccnyarts. 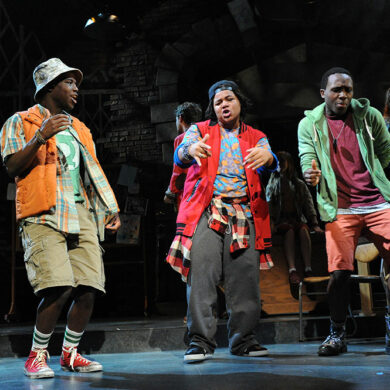 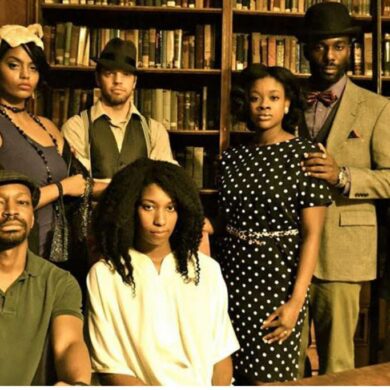 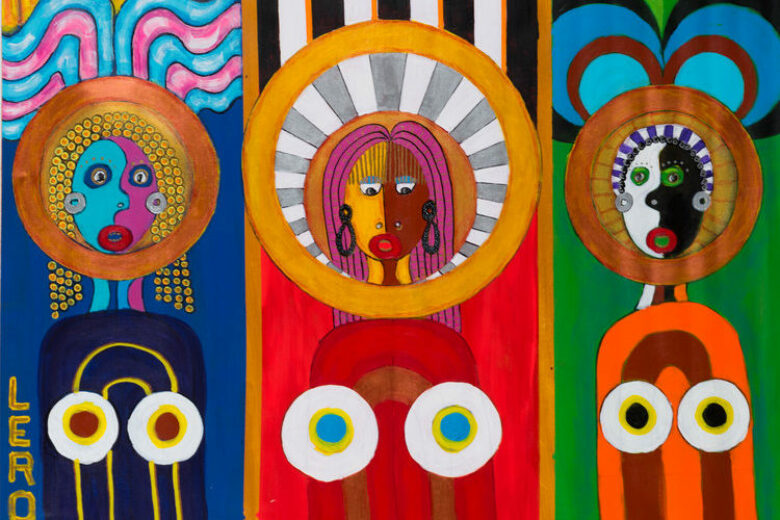 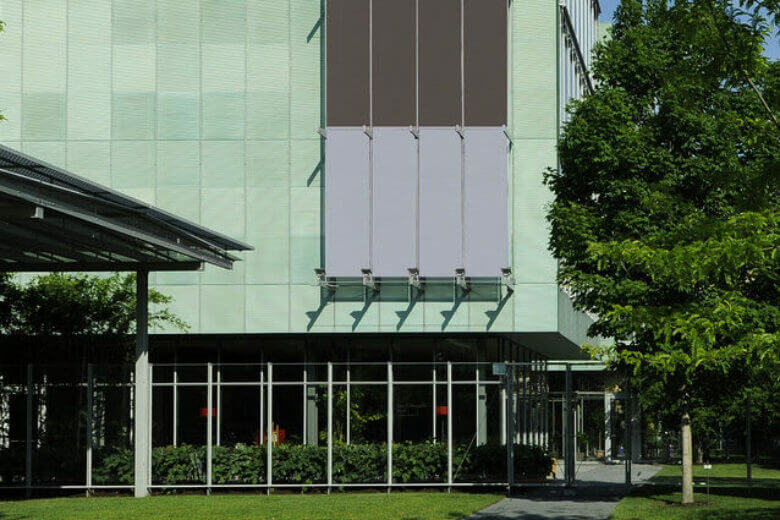