Kelly Reuter Raymundo
Kelly Reuter Raymundo is from Oak Park Illinois. She is a student at Benedictine University working on her B.A. in English Literature. She was a semi-finalist for the Gwendolyn Brooks open mic award in 2014. She has taught poetry workshops and performed her original work all over Chicago.

She thinks my brother is still lying there.
His pants tucked over his shoes. They
kiss the ground like prayer knees and are
the closest he’s ever been to God. Thirty-
five this year but, he’s still just dragging. At
sunrise, my mom takes walks down the
block. I know she’s still looking. At the corner
she counts his age in bricks of gum: black
and stuck. I count them too. Instead: ageless, raw,
infinity. Not ready for caskets. Not ready
to become one of our sores.
I squint my eyes and try to imagine being in
a place that hasn’t taken the
corpse of the city
and hung it by each of its limbs. That
place- is where he is now. I know this, but I do
not know how come my mom does not.
She has been searching for his stillness. I want
her to lull him from the pavement; to
make doves from concrete. To heal. 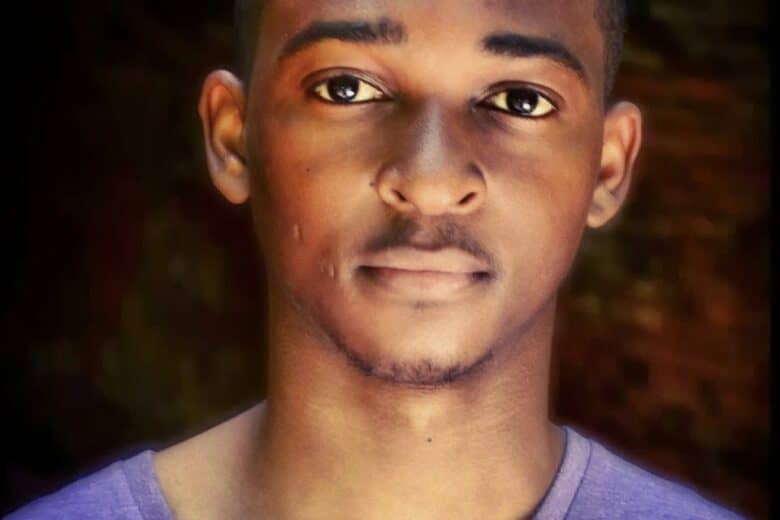