Frank and Claire. Walt and Jesse. Pinot noir and caviar. Some things are better together, and it turns out TV and movies are one of those pairings. According to research from Netflix*, a new trend in watching has emerged with more than 30 million Netflix members around the world weaving film into their binge routines.
After finishing a series, a majority of Netflix members (59%) take a pause, usually lasting three days, before committing to a new show. During that break, more than half (61%) watch a movie to keep the binge feeling alive, like pairing the whimsical The Princess Bride to the delightfully quirky Unbreakable Kimmy Schmidt or the criminally comedic The Big Short to the dramatically comedic Orange is the New Black.

“It’s interesting that in this golden age of television, movies are consistently in demand on Netflix,” said Ted Sarandos, Chief Content Officer, Netflix. “What we’ve come to figure out is that movies are really an important part of people’s viewing routines and complementary to the way they watch and enjoy TV.”

When looking globally into what movies most often followed some of today’s top series, interesting pairings emerged. After watching House of Cards, some members moved to Beasts of No Nation swapping politics for war, but keeping a narrative deft with uncompromising and ruthless leaders. Key West and Boston may not seem an obvious pair, but stories that unearthed deeply buried secrets took members from the balmy coast of Bloodline to the chilling streets of Spotlight. Vince Gilligan’s cinematic nod to Tarantino in Breaking Bad didn’t go unnoticed with watchers moving on to Pulp Fiction after Mr. White bid his final adieu. Meanwhile, fast talking fans of Gilmore Girls kept their retro references fresh by revisiting classics like Dirty Dancing and Sixteen Candles.

Members also turned to documentary films to fuel their post-binge craving. After watching Narcos, viewers fueled their cartel curiosity with Cartel Land and Narco Cultura. Watchers of Marvel’s Luke Cage continued the pursuit for justice with 13TH while fans of Black Mirror saw the real consequences of technology in Hot Girls Wanted. Interestingly, while most viewers of BoJack Horseman trotted to stand-up specials, some took a break from the path of self-destruction with a little self-help from Tony Robbins: I Am Not Your Guru.

An exception to this pattern – comedy. When watchers are in the mood for a different entertainment rhythm they tend to choose comedy as their series pair. This stands especially true for horror series where viewers of the frightful most often turn to comedy before moving to the next nailbiter. For instance, fans of Stranger Things turned to Zootopia to help l’eggo of the thrills while watchers of American Horror Story traded terror for teen angst with Mean Girls.

According to the research, here are some popular series-movie pairings: 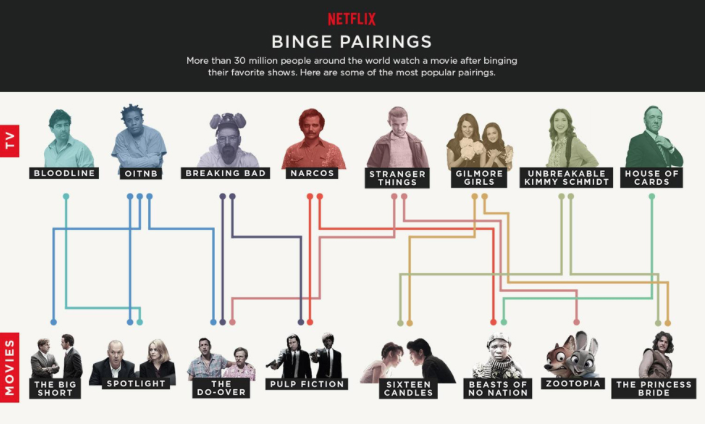 How do you pair you Netflix choices? Examine your prefrences here. 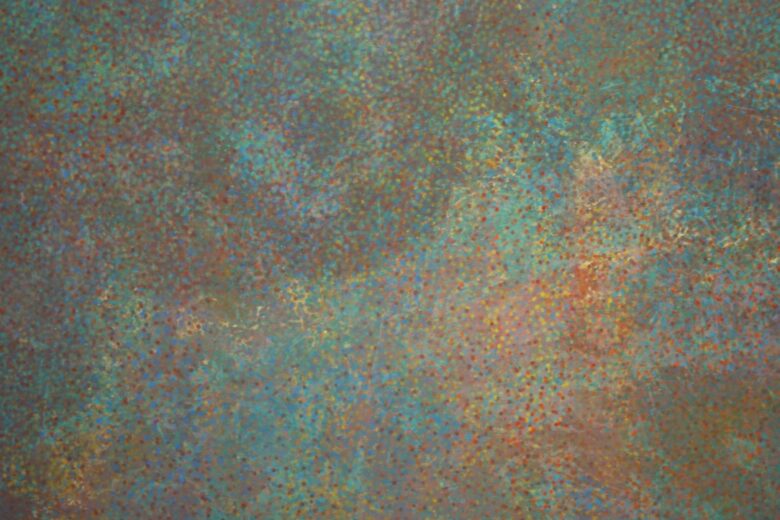 Sugarcane Raw: When the camera battery died while speaking to Howardena Pindell 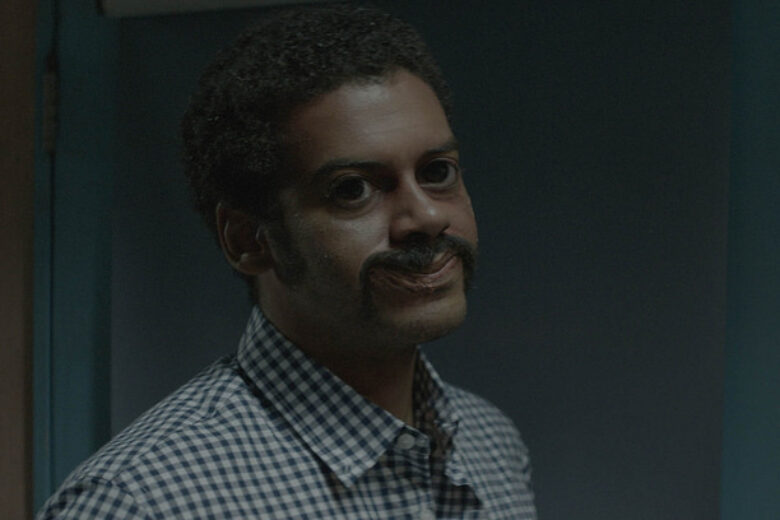 What to look forward to at the 2017 Sundance Film Festival